Tales of Riley The Mouse

While trying to keep a secret from his mother, Joey realizes honesty is always the best policy and mothers love Misilla Mouse. This story combines reality with fantasy in an interesting way. Reading reaps rewards. The reading of Misilla Mouse is an enjoyable and Rory lifts her nose, disgustedly pushing away her cake and wiping some crumbs off her pink dress.

I shrug it off. And he always gets like that before the ending of our story. I probably would, too, if the Huntsman was going to cut my belly open with a knife to free my latest lunch. No romance, but an entire house full of candy to crunch. What do I get? Cindy tips her head to the side and presses her lips together. Five seconds later, she grabs a platter from the table, holds it out to me, and lifts one eyebrow in hope. The other girls left an hour ago, so I had some time alone with my bestie to swoon over the hotties in the latest issue of The Character Magazine and read about the most recent escapades in Fairyland.

Delivery weasels tend to get distracted in the woods and misplace parcels. Her charming husband picks up the magazine for her from the Magical Press each Tuesday, right after it releases. While I tie my boots, Cindy squats down in front of me and places her hand under my chin to make me look into her starlit eyes.

The only thing I can cuddle up with is the old blanket on my couch. Or Jack Wolf, who recently ate my grandmother.


I prefer the blanket. But I give a quick nod anyway and smile courageously at my friend. As we both rise again, she holds out my bow and quiver. She laughs, but I see the shivers spreading over her bare arms at the mention of the Wicked Witch of the West. That woman is a grumpy old hag, and not only in her story. Strolling through the market of Grimwich with my best friend on Mondays is as much a non-changeable tradition as the stories we each play out. The forest provides whatever I need to survive: food, wood, and animal skin.

Besides, Granny is a great tailor. Sometimes, she designs me new clothes. Simple garments made of linen or the leathers I bring her after skinning my prey. This pretty, hooded cloak is one of the first things she ever made for me. I broke my wrist last summer…so much for the protection.

Well, I do. To sleep. Unfortunately, shoes are something I do have to spend money on. I look down at my feet as I tramp through the Wood of Dawns. These boots are barely two years old, practically brand new. Certainly good enough to walk another decade in. No shit. Not a very grateful job. Behind a line of hazel bushes up ahead, I see the straw roof of my cozy little hut.

A thin trail of smoke from the fire I made this morning still puffs from the chimney. A warm feeling floods me at the sight. As I approach, a robin, usually nested under the roof, greets me from the window ledge with a happy chirp. I pluck a raspberry from the shrub winding up the pole of the porch as I walk up the steps and place it in front of my tiny friend with a smile. No matter how much I sometimes wish for a different ever after for myself, I always take in a deep, happy breath when I cross the threshold of my cabin.

I leave my boots by the door and flop onto my comfy couch. A few years ago, Tinker Bell had talked me into adopting her discarded flat screen when she moved into an apartment in Grimwich with Thumbelina, Humpty Dumpty, and Godfather Death. I guess she felt a little sorry for me when she saw my puny place. With no satellite reception this deep in the woods, a TV just sounded like a bad joke. Very bad idea, trust me. That thing is darn heavy and quite cumbersome to carry up the stairs. Lacking the common luxuries of the people in town, I pick up my alternative entertainment from the coffee table: Harry Potter and the Prisoner of Azkaban.

The book is property of the Grimwich Library and, yikes, that boy has a tough story to act out in his universe. Scooting deeper into the cushions, I pull up my knees and lean the book against my thighs, starting with the first paragraph on that page. Oh, Harry, what kind of trouble did you get yourself into this time? After the second paragraph, I close the book and put it back on the coffee table. The early afternoon sun shines like a bright smile through the window, right into my face. I get up and carefully pack a bottle of red wine and a marble cake into my neat, woven basket.

An embroidered doily goes over it to cover the items from nosy birds or other hungry animals in the forest. Slamming my shoes together outside helps shake off most of the dried dirt from earlier. All the way, I hum a sweet tune from my childhood. Because the call is so very intense, the only thing I can do is keep walking. But, dang it, I refuse to hum the stupid song and decide to meet Jack with a sinister expression instead.

I know where to find him. Right down this path at the crossroads. 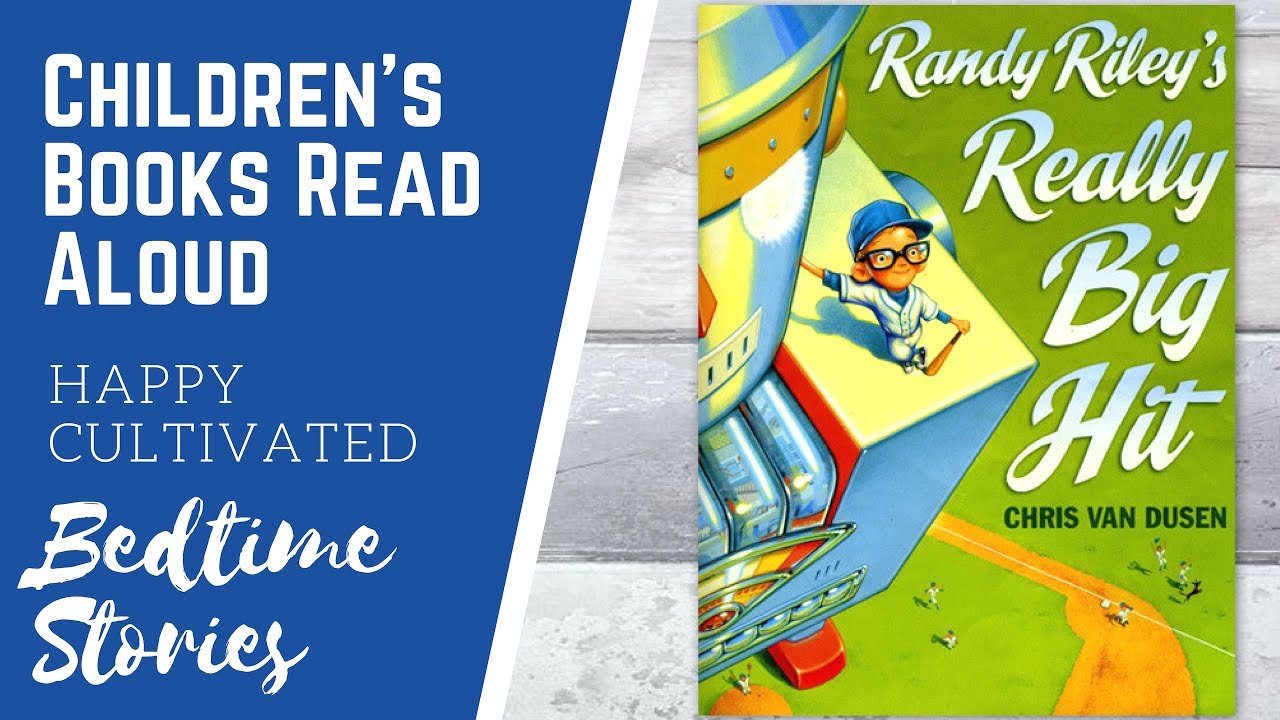 His dark eyes will glint through the wild, multihued strands of black and brown hair falling over his forehead as he watches me draw closer. Because he always does. I like the music in this pub. For the band, the scotch, and to play pool with Phil and Sebastian.

My feet resting on the low bar of the stool, I bounce my right leg to the rhythm of the Town Musicians of Bremen, who perform their rock songs on a small stage at the back. I love fries. With a bucket of ketchup. The old bag tastes like castor oil and porridge. Always a battle to stuff her down my throat. I pick a fry from the basket on the bar that Tweedledee—or was it Tweedledum?

Heck, I can never tell those two apart. Between a breath of the cigarette smoke and the stale odor of beer in the dimly lit place, I bite off the end of my fry. I push the basket to the other side, out of his reach. My jacket draped over the bar stool next to me kept him a free seat. He tosses the leather on the counter then pulls the stool noisily closer and sits down. An alarmed gasp makes us both turn around to a frozen Humpty with two glasses of Chardonnay in his pale hands.

His eyes and mouth are three big Os. As he takes a seat in a booth by the door with Christopher the Tooth Fairy, I return my focus to my meal. Not in the romantic sense. But officially, she is. Fairy tale law binds us closer together than a superficial ring on her finger ever could. A secretive sneer tugs at my lips.

She really has a fine ass.

I would love to get my teeth on it without her cloak in the way for once. I bet I could make her yip like a wolf. I finish my fries, leaving three in the basket and pushing them in front of Phillip. While he scarves them down, I dilute the salty taste on my tongue with a draught from the scotch and then wipe my mouth on the sleeve of my black T. What can I say, I really dig these guys. Elbowing my friend, I point a thumb over to the pool table. He nods, licking his fingers free of salt. We slide from our stools, head over, and I pull the release lever. A familiar rumble sounds from inside the table as the balls quickly roll down one after another into the removal window.

Phillip sets them up in the black plastic triangle. In the meantime, I pick up a cue and rub the blue chalk over its tip. With a high toss, I throw the other cue at the prince. He catches it one-handed and chalks it, too, when the sound of a well-known voice draws both of our gazes to the door. At long last, Sebastian comes into the pub with a half-dreamy, half-crazed look.

The clock above the door says ten-thirty. Phillip steps in front of me with a mean smirk on his clean-shaven face as he rolls the sleeves of his red shirt up to the elbows. That triggers my laugh.

The curse the Sea Witch casts on him shortly before the end of his tale badgers him so much that he usually gets wasted afterward to flush every remaining ounce of it from his body. I take my half-empty glass from the bar and place it on the edge of the pool table. Then I lean down with a grin and aim for my first shot. The balls scatter, the red one disappearing into the left corner pocket. Red is always the first one I dunk. He pours himself a glass of red wine from the bottle he picked up at the bar on his way over and knocks down the first half.

Then he refills it, tips back with the chair, and stacks his booted feet on the table, swaying the glass in our direction. I sink two more balls but miss the fourth shot. While Phil has a go at the game, I take my scotch and sit down opposite Sebastian. We clink glasses and both take a sip—me a small one, him virtually inhaling his drink. Twenty seconds later, she places the new bottle in front of him, wipes her hands on her white apron, and then claps him softly on the shoulder, her face contorted in lines of sympathy.

From what we hear, Avalyn is on a mission lately to turn him into a vegetarian. Phillip dunked five balls but missed his last shot, so we switch places. Phil and I play a few more games, slowly drinking as we do. But when Sebastian dips forward, pillowing his head on one arm, the other one hanging listlessly at his side as he begins to snore, the fun is over. I place my cue back on the stand and toss the money for my drinks and the fries onto the bar, adding a tip for whichever of the Tweedles served me.

Then I put on my jacket and join Phil by Sebastian.

No Prince for Riley

An amusement park is built on the site of the battle powered with wind power from the snoring giant. The short ends with the king and a newly married Mickey and Minnie enjoying a ride on the carousel. This version was bookended by segments showing the "real" Mickey Mouse as an actor working for Walt Disney who casts him for the film.


The comic has Mac MacCorker as the fictional director of the film. Goofy also appears in these scenes, and after the wrap he is wearing the same clothes he wore in the short film The Whalers which was released the month before Tailor. In Bantam Books published a children's book called Mickey Meets the Giant which featured Mickey encountering the same giant.

Obesity genetics in mouse and human: back and forth, and back again